Researchers who publish articles or books in OA or upload their publications to a specialized repository make research accessible worldwide, granting access to the most up-to-date scientific information also to people working outside research institutions or living in underdeveloped countries, where access to traditional pay-per-view content by big publishers is simply too expensive. OA is supported on a global scale by many scientific organizations, libraries, universities and research institutions (see for example the list of signatories of the Berlin Declaration on OA to which USI has adhered in 2016 as 552nd istitution).

For several decades, the scientific community has been facing more and more disproportionate cost increases from many scholarly journals. The reasons for this so-called “serial crisis” are complex, but an essential factor is the quasi-monopoly of several publishers. Researchers, working in the environment of financially secure institutes, often do not face the problem directly. However the visibility, re-use and impact of their scientific research suffer from the limitation of access by price-barriers. Through this lens, it is clear that open access to research results should be enforced.

The results of research financed by public funds should be published electronically so that they are freely and immediately available without charge and can thus be reused by third parties, since they are considered as a public good. Several studies have shown that OA helps boost the visibility of research among researchers, the media and the general public. It thus promotes the transfer of knowledge, the rationalisation of resources and the efficiency of research, while accelerating scientific progress. Increasingly, OA is regarded as a new standard of excellence for scientific research, offering new opportunities for funding, partnerships and jobs, most appropriately so in countries with a particularly knowledge-based economy like Switzerland.

In Switzerland, several institutions connected to scientific research and its publication have developed OA policies:

Why Open Access?
Researchers who choose to publish OA may follow several paths. Two of them are the most commonly followed, and the least cumbersome:
How to publish Open Access? 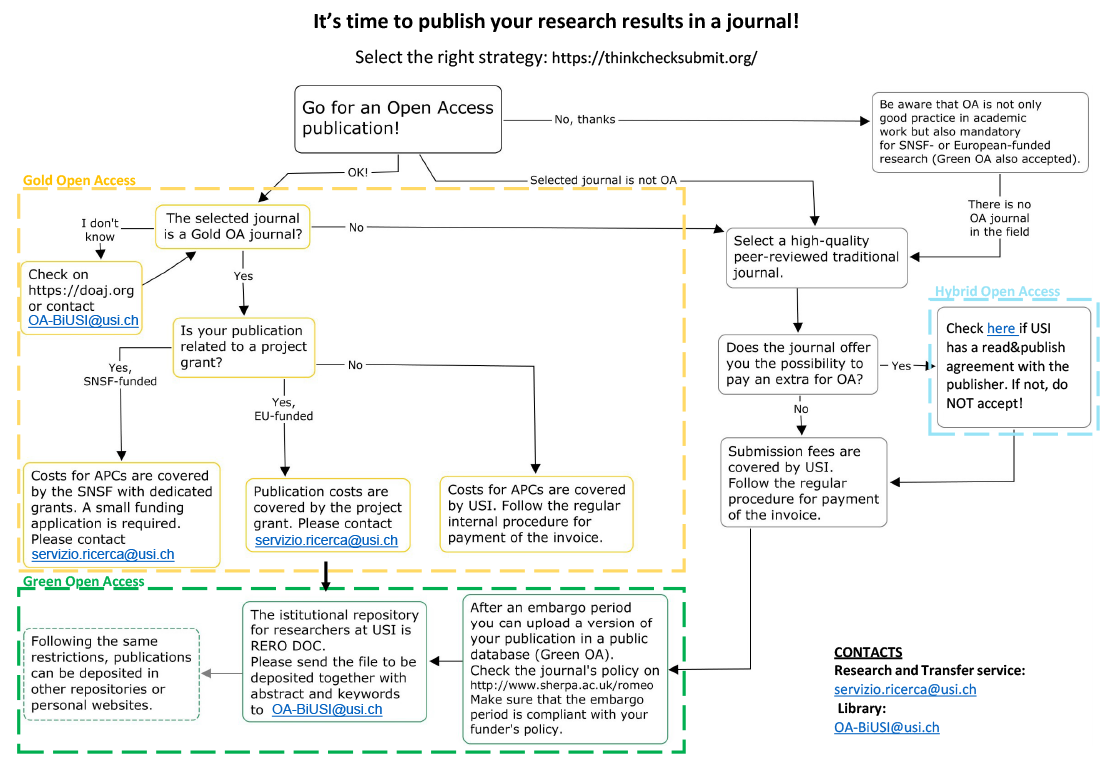 Lists should be considered non-exhaustive