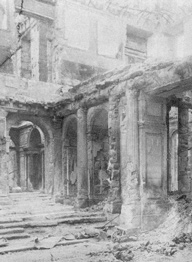 The exhibition is based on a selection of photographs taken in Paris during and after the clashes that took place between 21 and 28 May 1871, the so-called semaine sanglante, bloody week. The photographers documented the impact of destructions, the effect of fires and of vandalisms enacted by the Communards, who deliberytly destroyed the places of power during the conflict against the Versailles troops. An army of photographers flocked to the smoking ruins of the city: “les artilleurs du collodion qui dirigent leurs batteries sur les gravats accumulés par le règne des communards.” Indeed, photography alone had the power to freeze the global dimension of this fleeting moment of disaster.
The exhibition proposes both an investigation into the relationship between photography and revolution, capturing the attraction of photographers for ruined monuments, as well as a reflection on the violence towards the architectural symbols of power, bearers of memory and expression of the hegemony of the monarchical and conservative forces. All the exhibited materials come from the special collections of the Academy of architecture Library. 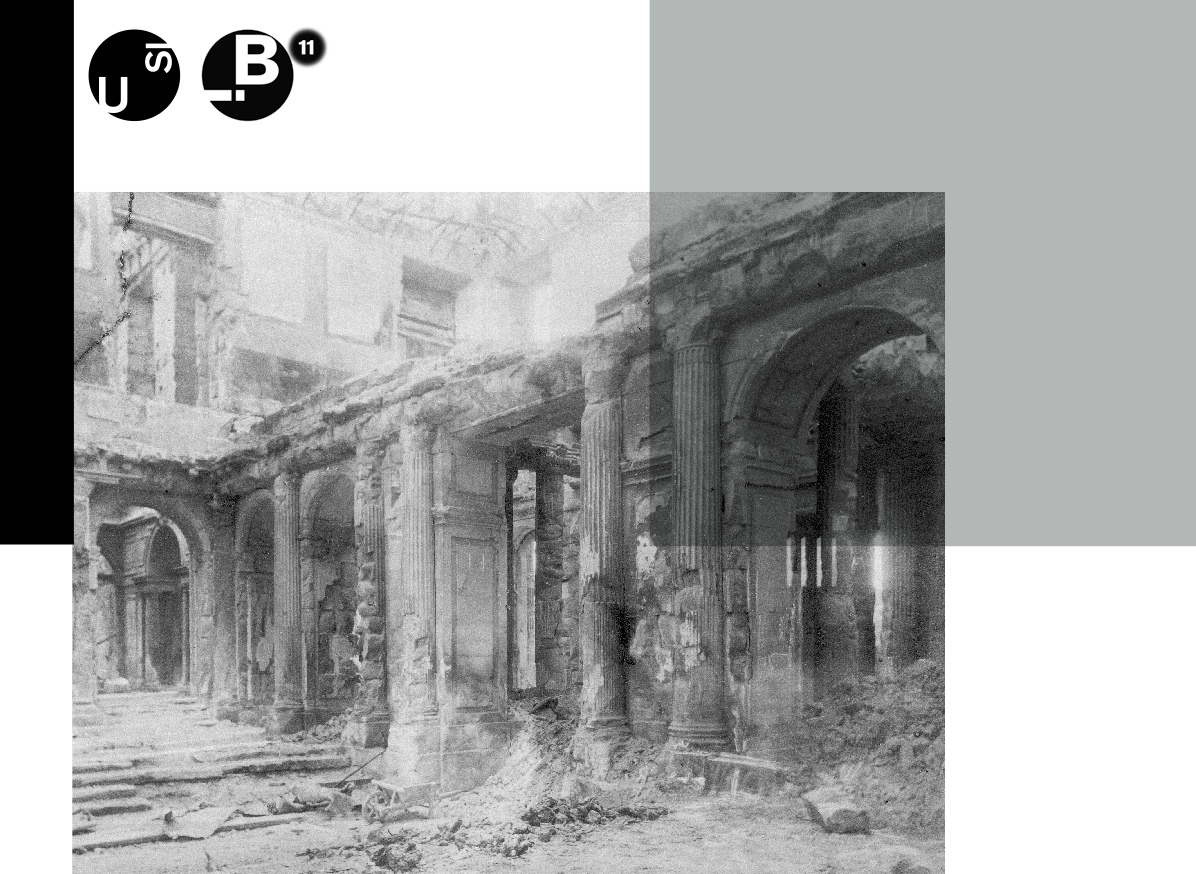 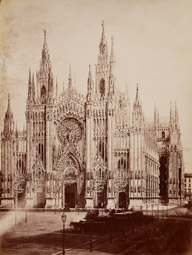 In 1886, in the aftermath of Italian unification, an international competition for the facade of the Milan Dome was announced, pushed by the urgency of defining a Gothic language that would be better adapted to the original building characteristics.

In the documentation available to members of the jury - deposited in the precious collections Guidini, Beltrami, and L’Archivolto at the Academy of architecture Library - the practices, tools, and organization of architectural competitions at the end of the 18th century can be brought to light. These materials were at the time used to evaluate the submitted projects, and today they enable us to follow the reception of Gothic and perceive the variations in taste between Classicism, Baroque culture, and Eclecticism.

Photographs, drawings, surveys, models and reports were essential to reach a final judgement that needed to be as scientific as possible. These documents, exhibited the Academy of architecture Library, aim at unveiling the mechanisms of historical reconstruction and analysis that were current at the time of the competition.

During the ArchiLettura, promoted by the Academy of architecture Library in collaboration with the Institute of the History and Theory of Art and Architecture (ISA), speakers will include Carla Mazzarelli, Mirko Moizi, Daniela Mondini, and Angela Windholz.
Quale Gotico per Milano?
I materiali della giuria per il concorso della facciata del
Duomo (1886-1888) 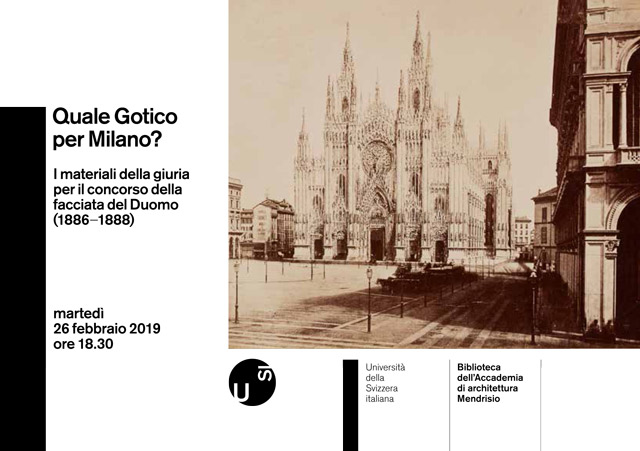 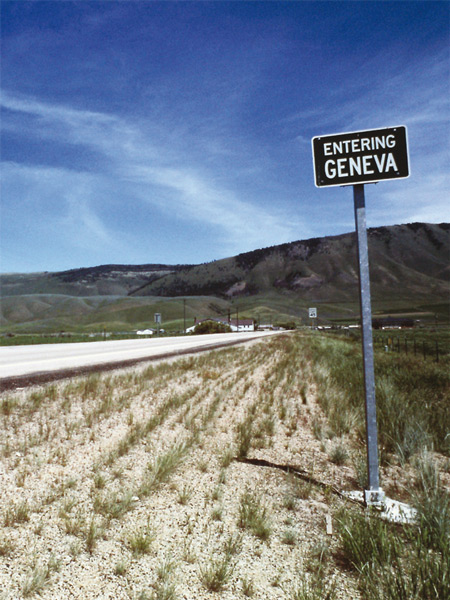 This ArchiLettura presents the intellectual and visual cosmos of André Corboz (1928- 2012). Straddling art history and architecture history, Corboz’ contributions to the history of urbanism and the contemporary urban condition are best remembered. In a period less defined by urban neo-historicism than by the critical reflection of modernity he coined terms such as “hyperville” (ITAL=”ipercittà”) and “territory as palimpsest” (ITAL=”territorio come palinsesto”). Although Corboz witnessed the cultural shifts associated with postmodernism he was no protagonist on its battlegrounds - except perhaps in urban and historic preservation. Introducing to its discourse the concept of “re-animation”, Corboz was indebted to Eco’s open work of art. A keen interest in the project of Enlightenment and in the representation of proto-industrial urban space were already apparent in the title and scope of his first book: Invention de Carouge. 1772-1792 (1968). Receiving his law degree in 1952, Corboz had a circuitous academic career. In 1980 he submitted his dissertation on La Venise imaginaire de Canaletto to French anthropologist Gilbert Durand and became Paul Hofer’s successor at ETH Zurich.
The exhibition maps the “disciplinary nomadism” (Bernardo Secchi) of a scholar who navigated between various fields. Insights into the trajectory of an inquiry and its specific thematic environments are now possible at Accademia di architettura. With cataloging completed in 2017, Fondo Corboz provides an encompassing research base as well as access to 23 757 books that now form part of the Accademia library. The collection retains the organizational logic of Corboz’ private library in Geneva. Moreover, the extensive holdings in Palazzo Turconi include personal work materials that document a professional career lasting half a century. Containing 43.371 slides and 28.291 postcards, the visual archive reveals Corboz as an accomplished photographer. The exhibition illuminates how both travel and the camera stimulated an intellectual creativity that led to unique interpretations of space. 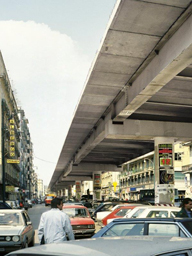 Since the 1970s and 1980s big cities become more and more congested by the traffic of private vehicles. The usual solutions in the past consisted almost exclusively in trying to broaden fast connecting roads by adding orbital roads, skyways and viaducts to the network of existing streets. The exhibited historical photographs tell us about the building of huge infrastructural constructions and the deep transformations that these massive interventions brought with them, both in terms of urban spaces and morphology. A selection of orginal formats, blow ups, videos and books shows the social, relational, and environmental effects of these transformations, and how they affected the behaviour of people who lived in their area of influence. The photographs representing the Italian construction sites in Cosenza, Pescara, Genoa and Naples, the orbital road around Milan, and the viaducts of Fichera, Gela, and Pontebba are part of the Academy Library's IN.CO. S.p.A. collection. The IN.CO. S.p.A. was one of the most successful engineering companies in Italy: until the 1990s, under the direction of engineer Silvano Zorzi, the company designed and built some of the most important and expensive insfrastructural projects of the country.
The exhibited photographs were shot by several famous photo agencies of the time: Guglielmo Chiolini-Pavia; Angelo Lauriola-Rome; Publifoto-Genoa and Palermo; Foto Attualità of E. Ceolin and R. Sartori-Treviso; Foto Rinaldo Bovio-Genoa. 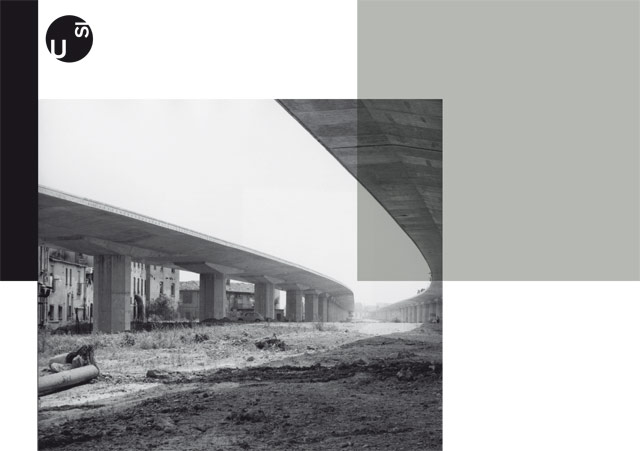 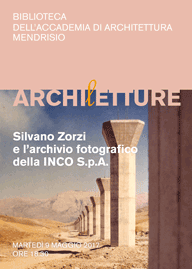 The Academy of architecture in Mendrisio received in 2013 the photographic archive of the IN.CO. Ingegneri Consulenti S.p.A. company. The collection contains around 6000 colour and b/w photographs and is an important documentation of world-scale building innovations and techniques between 1950 and 1990.
The Archilettura organized by the Library in conjunction with the Department of Structures is also connected to the teaching startegy of the Academy, since it invites the comparative analysis of several constructions designed by the Italian company under the lead of engineer Silvano Zorzi (1921-1994).
The exhibited plates focus on materials, typology, foundations, pillars and structures of all the documented constructions (bridges, viaducts, dams, port infrastructure, railway lines, subways, great civil and industrial buildings), thus highlighting Silvano Zorzi's creative energy and the impact of insfrastructures on landscape.

Introduction by: Prof. Mario Monotti, Academy of architecture
Silvano Zorzi and the IN.CO. S.p.A. photographic archive. "The architecture of infrastructure"
Tuesday 9 May
2017
18:30
Refreshments will follow 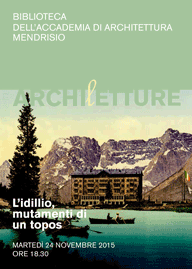 Salomon Gessner (1730-1788), the poet and artist from Zurich around whom the exhibition revolves, created by means of his idyllic poems a true aesthetical phenomenon in Europe, celebrating — shortly before the French and industrial revolutions — a regressive pastoral utopia.
The idealized bliss of heavenly nature later informed an aesthetizing process in treatises on landscape gardening, in the fashion of country life, in the architecture of cottages, villas, or Swiss chalets, up to the lakeside resorts of the Fifties and the chillout architecture of weekend retreats in modern society.
The exhibition opens with the refined 1811 woodcuts by Carl Wilhelm Kolbe the Elder (1759-1835) illustrating Salomon Gessner's famous Idylls; it then proceeds to display the colorful photochromes of the 1890s produced by the Orell Gessner Füssli company, representing the picturesque alpine and mediterranean landscapes; next come stereographies of pleasant tourist destinations, and finally a selection of illustrated contemporary dream houses. The exhibited historical material, drawn from the special collections of the Library, traces the recurring utopia of arcadian and idyllic life up to its mundane, touristic and architectonical occurrences. 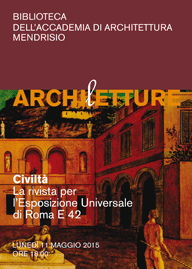 Between 1940 and 1942, the journal Civiltà foreshadowed the arrival of the great “Assembly of Nations”, that should have presented in Rome an unsurpassed synthesis of all forms of spiritual, moral, economic, artistic, scientific, technical progress of mankind worldwide in all times: the Universal Exhibition of Rome 1942, E 42. On the occasion of the opening of EXPO 2015 in Milan, the Academy of architecture Library organizes an ArchiLettura around Civiltà with the aim of reconstructing not just a rich publishing adventure, but also the complexity and ambigousness of a precise historical and cultural period in the background of what would have been the “Olympics of Civilization” at the time of the new empire's most glorious moment.
The journal is a paradigmatic demonstration of how the visual arts and literary studies, together with a generous, apparently "liberal and open" cultural endeavour, could serve the promotion of imperialism during the apex of the 20th century's totalitarian regimes, concealing their brutality under the word “civilization”. 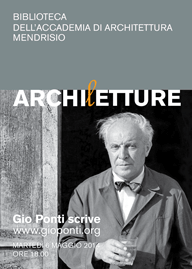 The Academy of architecture Library in Mendrisio plays host to the presentation of the www.gioponti.org website, which contains a huge wealth of drafts, drawings, pictures, and miscellaneous documents. This material, and particularly the recently indexed and digitized professional correspondence (around 100'000 letters), will shed new light on the Milanese architect and his time. The presentation of the www.gioponti.org website is also meant as the beginning of a special partnership between the Academy of architecture and the Archivio Gio Ponti with the goal of promoting new research and supporting the work of students and researchers.
On this occasion, the Library of the Academy wishes to remember the cultural legacy of Gio Ponti by exhibiting some issues of “Stile” - the magazine he founded in 1941 and directed until 1947 - belonging to its collections. The covers designed by Gio Ponti himself show that “Stile” may be considered a private journal in which the Milanese architect interpreted Italy in the forties through writings (signed with twenty-two different pseudonyms), drawings, projects and by publishing contributions in various disciplines: architecture, painting, sculpture, poetry, industrial design, graphics etc. This small exhibition is intended as an incentive for investigating a crucial moment in Italian and international architectonic culture, but also for revealing and promoting the Library's collections. 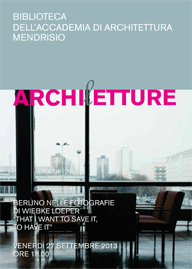 The upcoming ArchiLettura will focus on the work of photographer Wiebke Loeper, born in 1972 in East Berlin. She trained with Arno Fisher and Joachim Brohm at the famous photography school in the fine arts academy of Leipzig. Her work has been shown in personal or collective exhibitions around the world. 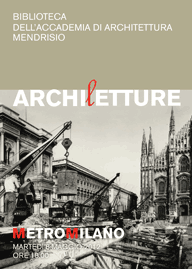 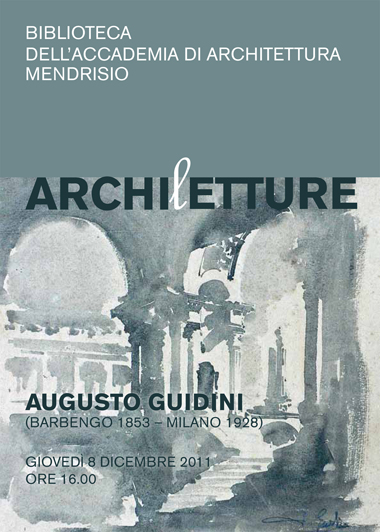