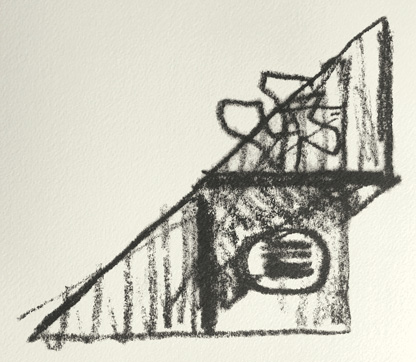 Sergio Los proposes for discussion this book/lecture Carlo Scarpa Architetto Poeta, republished after its first publication in 1967. It was then the first book on Carlo Scarpa's architecture and described an interpretation of both the works and the compositional practices, aimed at enabling the students of his first course to apply them in their exercises. In 1983 Los was commissioned by the Rector of the University to carry out the project which Scarpa had outlined in the book, and he then drew up a project to make it executable, an architectural score to be used in future maintenance and restoration projects. This project/score, which also documents the construction of the building, was published in a second book, Verum Ipsum Factum of 1985. When Los began his studies at the IUAV University, he considered architecture to be an artistic activity, and was therefore interested in its cognitive faculty, in its ability to produce meaning. The book we present was composed to overcome the dissociation of design practice into aesthetics and techno-science, showing how Scarpa, thinking in figures through drawing, elaborated solutions using architecture to pursue an understanding of problematic situations that did not exist before, rather than copying pre-existing figures or hoping that figures would emerge at the end of analytical research. Fundamental to understanding how these practices of Scarpa's operate is the study of Konrad Fiedler, who considers art a visual language and the compositions of architecture a figurative thinking with the hands of craft and artistic work (as Gottfried Semper had done) - and distinguishes art as knowledge from aesthetics as embellishment. Far from aesthetic subjectivism, Los's architecture returns to referentiality, which becomes a way of applying that figurative, typological thinking to research on design methods and processes, as well as to the multi-scale experiences of bioclimatic architecture, which led him to the regionalism of civic architecture, to which he mainly dedicated his subsequent compositional research.

Greeting from the director